Abstract
Plagiarism detection has been widely discussed in recent years. Various approaches have been proposed such as the text-similarity calculation, structural-approaches, and the fingerprint. In fingerprint-approaches, small parts of document are taken to be matched with other documents. In this paper, fingerprint and Winnowing algorithm is proposed. Those algorithms are used for detecting plagiarism of scientific articles in Bahasa Indonesia. Plagiarism classification is determined from those two documents by a Dice Coefficient at a certain threshold value. The results showed that the best performance of fingerprint algorithm was 92.8% while Winnowing algorithm’s best performance was 91.8%. Level-of-relevance to the topic analysis result showed that Winnowing algorithm has got stronger term-correlation of 37.1% compared to the 33.6% fingerprint algorithm. 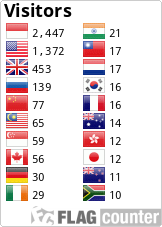